A feeding trial at AU Foulum has shown that cows’ enteric methane emission decreases markedly when the amount of roughage in the feed ration is limited significantly. However, this feeding strategy is not applicable in practice, as it challenges the cows’ health as well as the farmer’s economy.

Based on the drought during the summer of 2018, a previous project at AU Foulum studied the possibility of feeding dairy cows with less or no roughage at all. The results showed that the cows performed reasonably without roughage, but analyses of the rumen content also showed that the rumen metabolism, and thus the cows’ health, was challenged. The amount of roughage did not affect milk yield; however, the fat percentage in the milk decreased significantly when roughage was not used, hence lowering the energy corrected milk yield.

Based on these results, the researchers from AU carried on working with the same feed rations in order to study how such rations affect the cows’ methane productionNon-GM concentrate consisted of raw materials grown in North-Western Europe where it is abandoned to grow GM crops. These three feed rations were used:

Each ration was studied in four Holstein and four Jersey dairy cows.

During the project, the cows enteric methane production was measured in respiration chambers at AU Foulum.  Furthermore, the cows were weighed, rumen and faecal samples were taken, and feed and water consumption as well as rumination was registered. 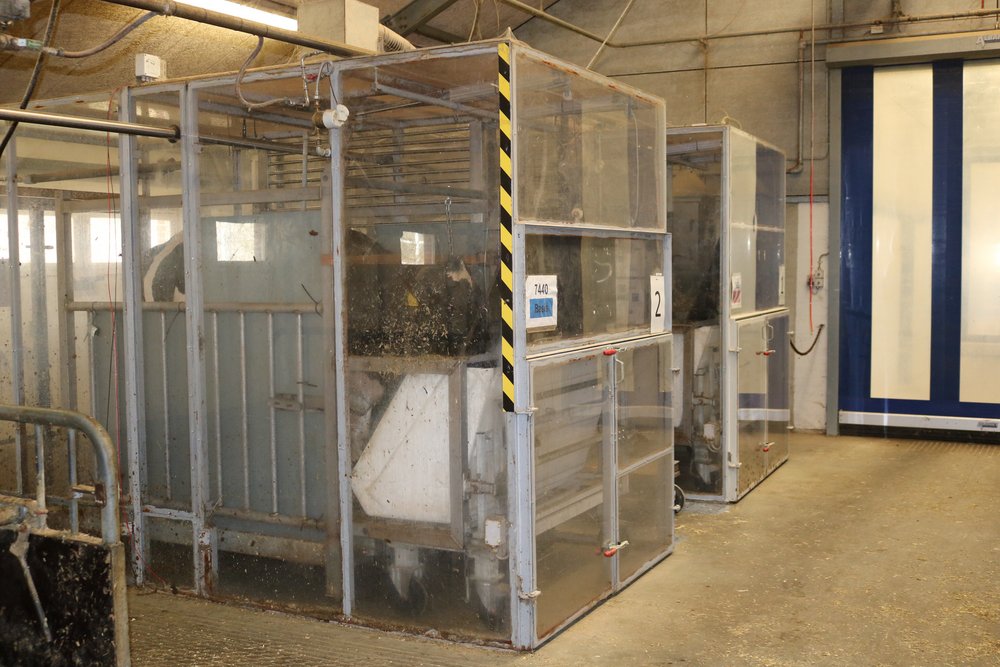 The reduction of methane may be explained by the fact that when roughage is removed from the cows’ feed ration, there will be a reduction of the amount of fermentable fibres, as the fermentation of fibres causes the production of methane. “Our results are absolutely interesting new knowledge in relation to reducing the cows’ production of greenhouse gases. However, it is not obvious to make such an extreme feeding in practice. Firstly, we will not utilize the cow’s potential to live from what other species cannot live from, roughage. Secondly, there is a risk of digestive disorders in the cow, and, last but not least, the feeding with high amounts of concentrate is rather expensive”, says senior advisor Christian F. Børsting from Department of Animal Science, AU, who has been in charge of the study.

At present, the researchers do not have a firm explanation for the surprisingly big difference between Jersey and Holstein cows.